Hidden among the green rolling hills of Umbria and soaring spires rising above the hill towns of Tuscany beats the heart of Italy. Walk in the footsteps of ancient Etruscans and ride with the Butteri, Tuscany’s last cowboys. During a month in one of Italy’s most beautiful, bountiful and heavenly regions, feel the rich Umbrian soil between your fingers while working on a 15th century farm. Look towards the heavens and marvel at the architectural wonders of Assisi, Lucca and Siena. Taste Florentine delights and see artistic masterpieces that tell a story about the history and culture of Italy. Go beyond the limited reach of a tourist and become an amateur anthropologist. Open your eyes, mind and heart to discover Il Paradiso Terrestre.

Your journey begins along winding Roman cobblestone streets, among iconic architectural wonders and during conversations with locals over cornetti of cold gelato. Feast your eyes on Michelangelo’s Sistine Chapel in the Vatican, sample plates of fresh pasta in cafés under the shadow of the Roman Colosseum and practice new language skills with locals on the Spanish Steps. During your Seminar, live in a 15th century agri-turismo in the hills of Umbria overlooking Lake Trasimeno. Learn about permaculture and sustainability working alongside Italian environmentalists. Pick fresh vegetables, care for animals and make communal meals using ingredients from the garden. After getting your hands dirty in the dark Umbrian soil, gaze to the heavens at the architectural and spiritual wonders of Assisi. For two days, explore Perugia and work with chocolate makers. Then travel into the heartland of Tuscany and live with a local family for 10 days. While shopping in outdoor markets, exploring medieval towns and cooking with your new family, become integrated into daily life. Your adventure continues in communities throughout magnificent Tuscany. Using Lucca as a base, take in the bell towers of Volterra and Siena, visit the world renowned Ufizzi gallery in Florence and hike through ancient hill towns like San Gimignano. You’ll be inspired by the creative talent of jewelry makers, olive oil producers and alabaster stone masons. During your final days in the Italian bread basket return to Umbria where your journey began. Enjoy the beautiful streets and alleyways of Orvieto, a hilltop village that illustrates the excellence of Italian craftsmanship and reflect on all that you’ve learned during a month in the heart of Italy. 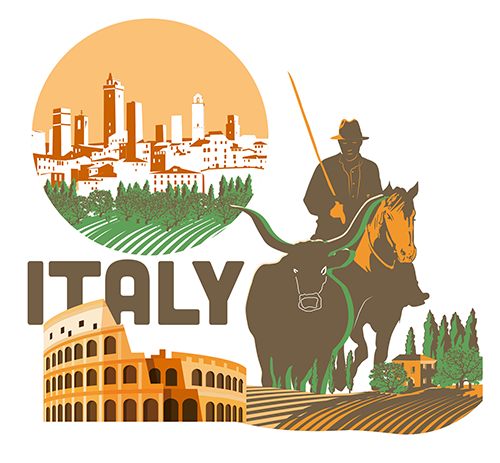 Family and Community Stay in the heart of Italy

Student Diplomacy Corps works collaboratively with in-country experts to build safe, dynamic programs. In order to provide high quality experiences that take advantage of local resources and adapt to fluid circumstances, all activities, venues, fees and descriptions of the program itinerary are subject to change.