Canada: How to Get to Haida Gwaii – Traditional Ecological Knowledge & Indigenous Cultures

Across the globe, scientists are embracing the knowledge of indigenous people to develop a deeper understanding of our natural world and ways to protect and sustain our fragile ecosystems. Explore the connection between indigenous knowledge, forestry and sustainability in the temperate forests of coastal British Columbia. Hike, climb, and forest bathe in provincial parks as you connect deeply with the natural world. Cruise by ferry through magnificent glacial fjords of the Inside Passage along British Columbia’s stunning North Coast. Travel to the Haida Gwaii islands to learn more about indigenous cultures, arts and traditions. During an exciting month with our neighbor to the north, you and your group will experience rich indigenous cultures and pristine natural ecosystems.

After meeting your group at the Seattle International Airport, cross the Canadian border and spend a few days in British Columbia’s beautiful capital city of Victoria. Go sea kayaking, hear from experts about biodiversity and learn about First Nations cultures. Journey by ferry north through British Columbia’s famous Inside Passage. During your 18-hour ferry adventure, feast your eyes on pods of orcas and sail along the coastline past old growth rainforests and craggy cliffs. Spend a few days as honored guests in Kitkatla on the Gitxaala Nation learning about indigenous environmental stewardship, ancient technologies and contemporary challenges. Then head to remote Haida Gwaii, an archipelago off British Columbia’s west coast known for its vast beauty and rich indigenous cultures. Travel by boat to UNESCO world heritage sites, Gwaii Haanas National Park and overnight in a traditional longhouse. Your journey concludes with a few days in cosmopolitan Vancouver exploring outdoor markets, reflecting on your month in British Columbia and preparing for the journey home. 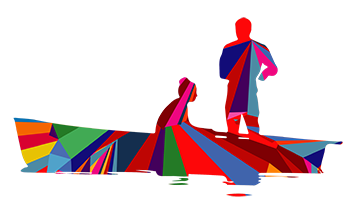 Note: The Student Diplomacy Corps will modify programs and itineraries to ensure the health, safety and welfare of participants, partners and hosts.